Sailfish OS is a collection of source code software packages making up as a whole a full mobile operating system. 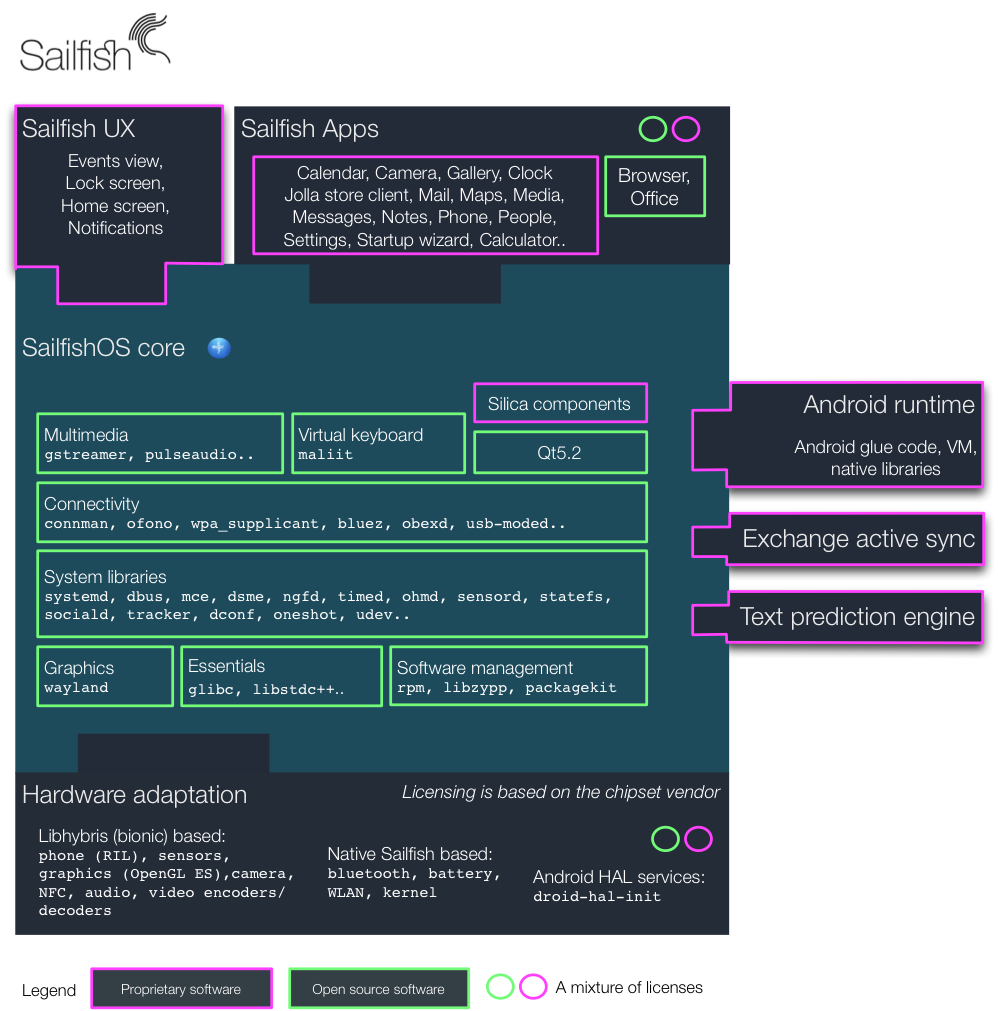 The Sailfish OS Core essentially consists of a minimal viable set of software packages (such as systemd, coreutils, bash, glibc etc.) needed to boot a modern GNU/Linux mobile system with the Qt 5 [LINK] UI framework on top along with enablers and background processes to support the SailfishOS application model and the basic SailfishOS applications.

The Sailfish OS Core and UX architecture has been built with a framework approach in mind, as to accomodate additional points of plugging in open or closed source features or functionality, such as codecs, cryptographic algorithms, account support, preinstalled apps etc. This is shown by the ability to plug in a commercial offerings for Sailfish OS such as Android application runtime, 3rd party input methods, Exchange ActiveSync, etc.