What is Mer, and how can I learn more about it?

What does Mer mean for End-Users?

What does Mer mean for MeeGo-community developers?

What documentation is available to help me start development on Mer?

Will Mer provide GTK or .deb packages or [some other feature]?

Can I install Mer on device X ?

What license(s) is Mer under

How does Jolla currently track work required for a release? 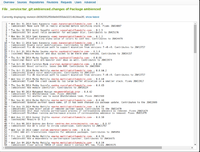 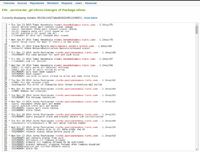 How can providing a bug number reduce the manual work in tracking?

How is the tracking bug updated in the Jolla bugzilla?

Is it a must to include a bug number in our commit message in order to be able to contribute?

I am not a Mer maintainer, but I want to contribute to Jolla's release project. Where can I start from?

What are the requirements for contribution?

What is the format of the bug included in the commit message?

What happens exactly when I include this bug number in my commit message?

Do the changes related to Nemo side go to Nemo Bugzilla?

Are these changes going to disrupt other Mer vendors' schedule?